CarePlus Pharmacy hosted its 4th Annual Conference in Carton House in Maynooth, Co. Kildare on Sunday 15th September.
Since opening the first CarePlus Pharmacy in Cobh in February 2015, there are now over 60 CarePlus Pharmacies operating across Ireland.
The theme of this year’s conference was FutureSense; where the focus of the day was looking at the evolution of the Pharmacy industry and how innovation is playing a key role in shaping the future of the industry. 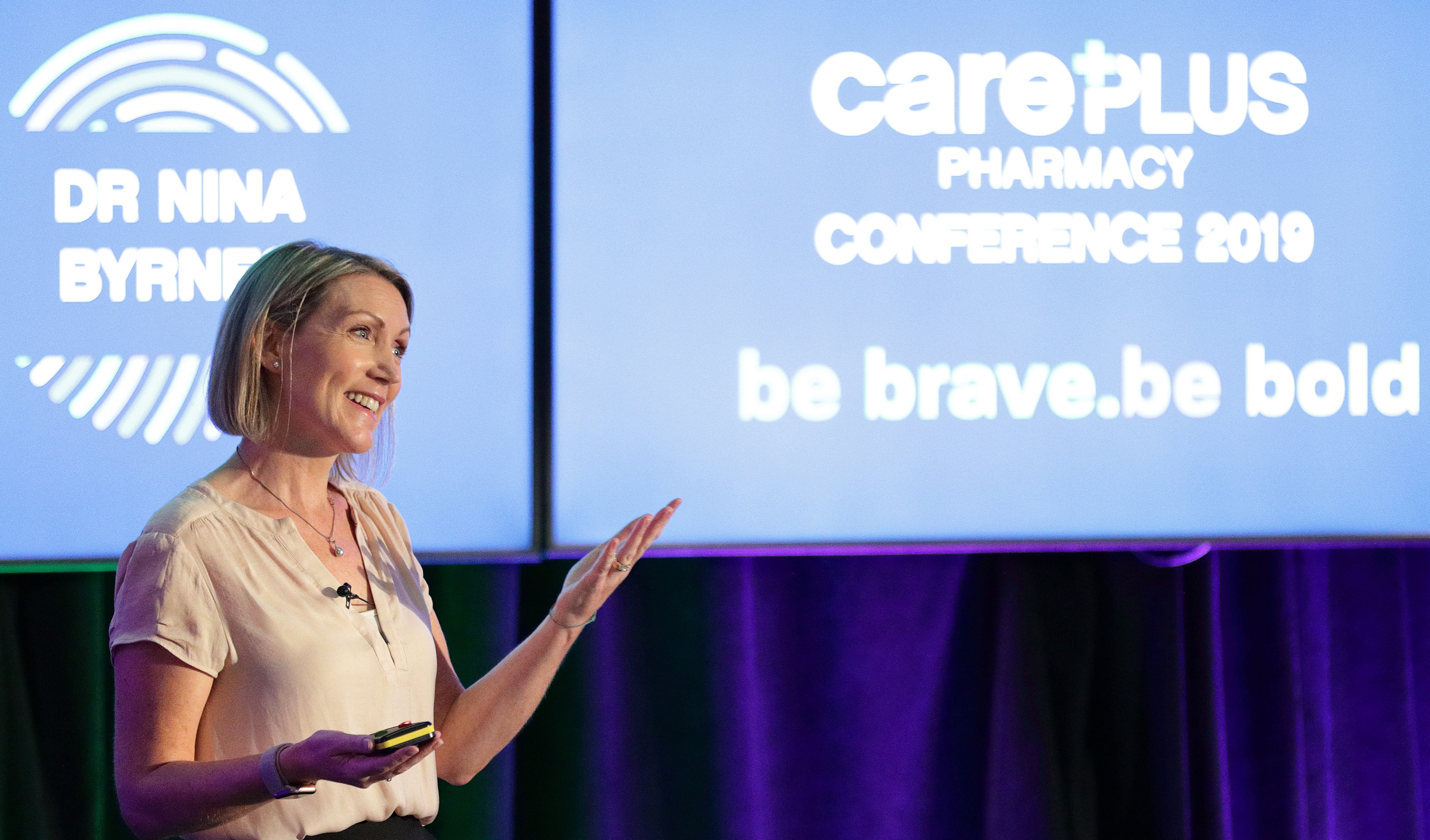 The conference was opened by MC Jonathan Healy from Newstalk, who introduced the first speaker of the day, Dr. Nina Byrnes. Dr. Nina Byrnes first appeared on our screens as co-presenter of the popular RTÉ series Health of the Nation. Since then she has become a familiar face in Irish media and is a well-known and respected Media Medical Expert. She is also part of the team for Doctor in the House on Virgin Media One. In the show, she uses her expertise to identify key and potential health risks and ensures each household wakes up to the
health challenges they are facing. Nina’s work encompasses all areas of general family practice, but her special interests are cardiovascular and preventive health, women’s health and lifestyle medicine. She is known for her ability to break down medical jargon and her empathetic straight-talking approach. Nina spoke about the importance of GPs and Pharmacists working together, rather than working in competition with or against one another. She spoke about the need to improve and increase the level of open communication between the two professions for the greater good of the patient.

Next up, there was a CarePlus Plenary Session on stage hosted by CEO, Simon Healy, joined by Breege McTigue, Head of Customer Engagement; Lee-Ann McCarthy, Head of Marketing and Niamh Lynch, Commercial Director. The Management Team set out their 5-year vision for the company, strategic projects and officially unveiled their new Generation 2 of CarePlus Pharmacy.

After a break for lunch, the attendees reconvened in the Conference Centre for a networking “speed dating” session. Here, suppliers each had a table and CarePlus Pharmacy staff and Pharmacists moved around from table to table and supplier to supplier, spending 5 minutes with each one, during which time the suppliers shared key information and points about
their product offering or the company itself. Pharmacy staff were free to ask any questions to suppliers before moving onto the next supplier stand. At 3 intervals during the Business
Networking session, Enda McNulty’s Performance Team hosted 2-minute energy boosting sessions which involved a mix of different exercises to keep the body and mind alert.
After the networking session, Axium Buying Group Managing Director, John Carroll, gave an update about Axium as the company celebrated its 10th year in business this year. 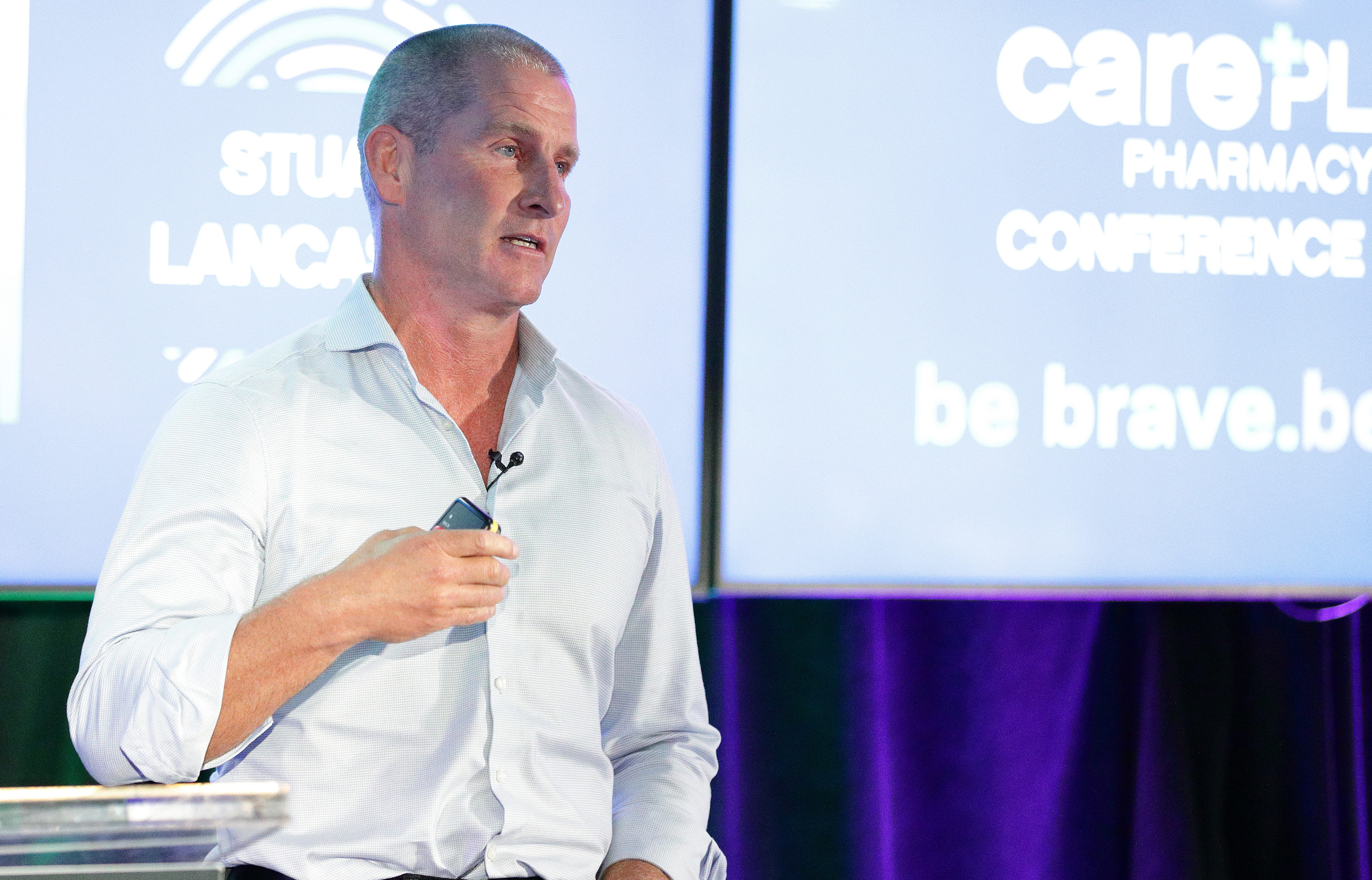 The final speaker of the evening was former Head Coach for the England Rugby Football Union, Stuart Lancaster. He took the England Team to the World Cup in 2015 and faced some harsh ups and downs during this process. Learning valuable lessons on leadership, management, and identity. Stuart shared what he has learned from the field into the boardroom.
Stuart now coaches for Leinster Rugby in Dublin. Learning from his experiences, he shared tips on creating a positive team culture, implementing change within a team, achieving buy-in
from players and process versus outcome. The ultimate leadership speaker who has lived through the highs and the lows and has extensive leadership, coaching and management experience, Stuart is the perfect keynote to end the conference on.

As the afternoon session drew to a close, attendees got ready for the evening ahead, starting with CarePlus Pharmacy held their annual conference in Carton House in Maynooth, Co. Kildare on Sunday 15th September. There was a drinks reception, followed by dinner and the Annual CarePlus Awards Ceremony.
Lucy Kennedy (from the renowned TV series “Living with Lucy”) was the host for the awards ceremony for the second year running.
For the third year, CarePlus is recognizing 8 CarePlus Pharmacies across Community participation, Customer Service Excellence, Digital Baby Category, Build & Boost Category, Derma Category, Innovation, and Supplier of the Year.

The winners of each award were as follows: 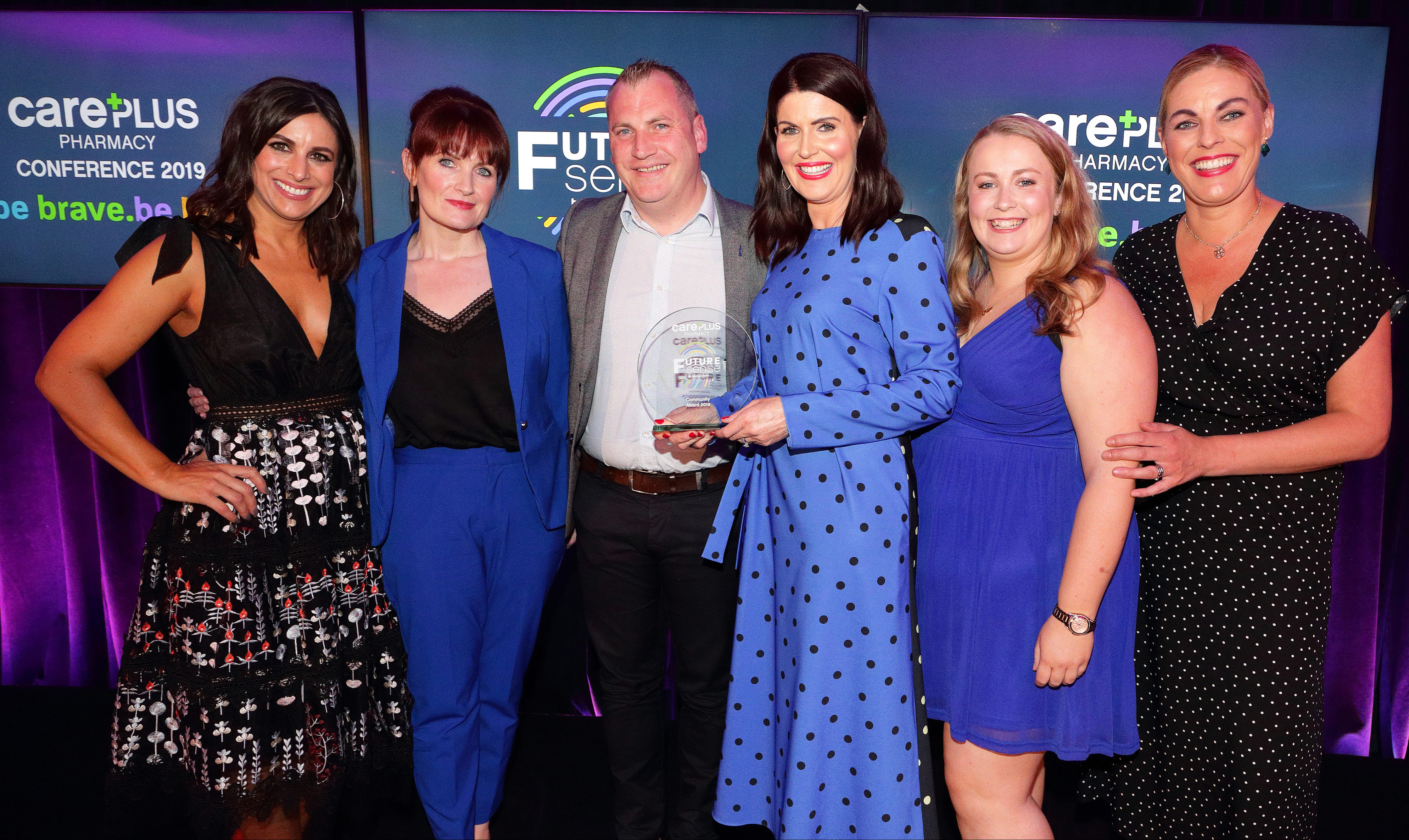 2019 Community Award of the Year (sponsored by Perrigo) 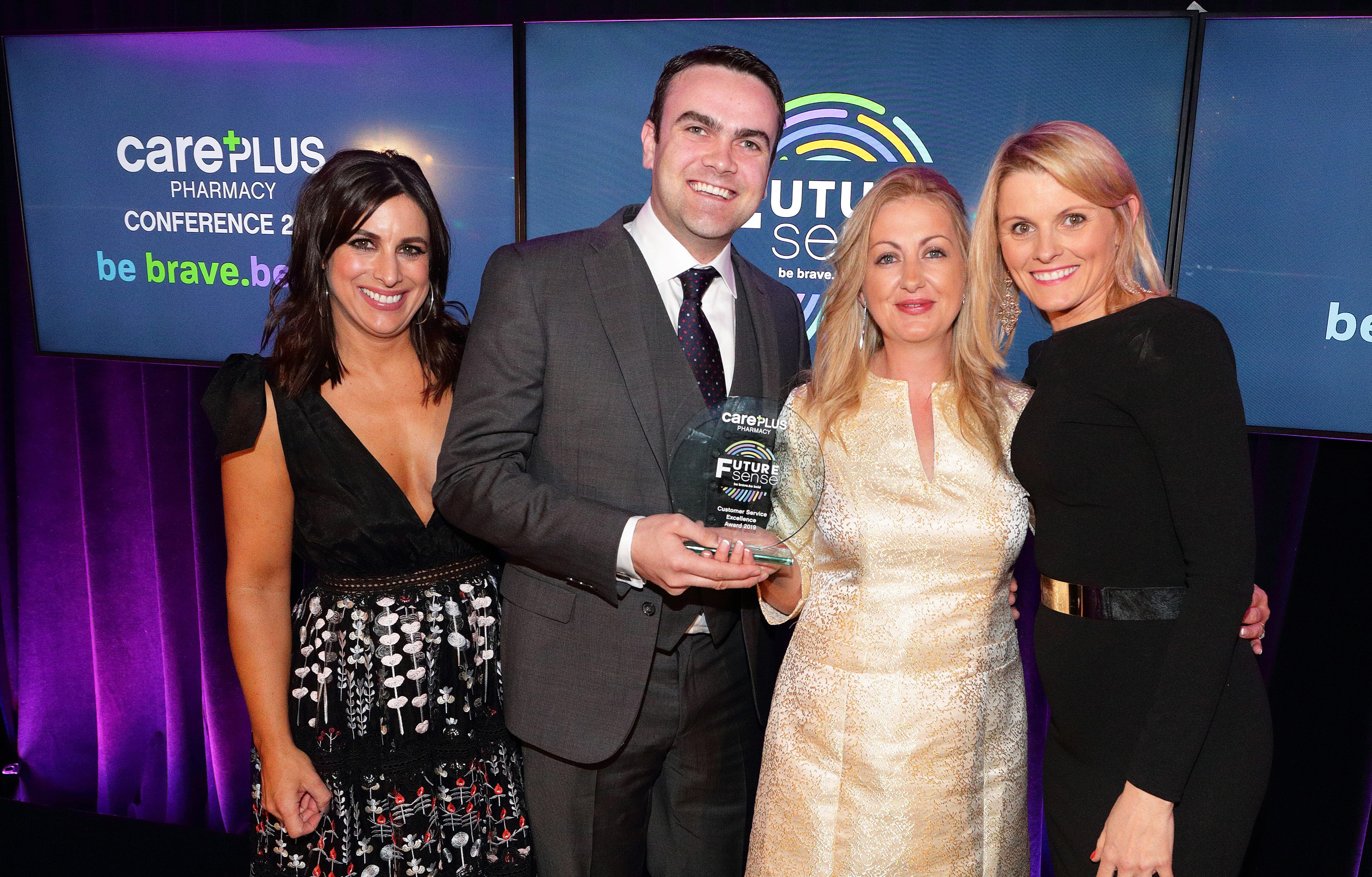 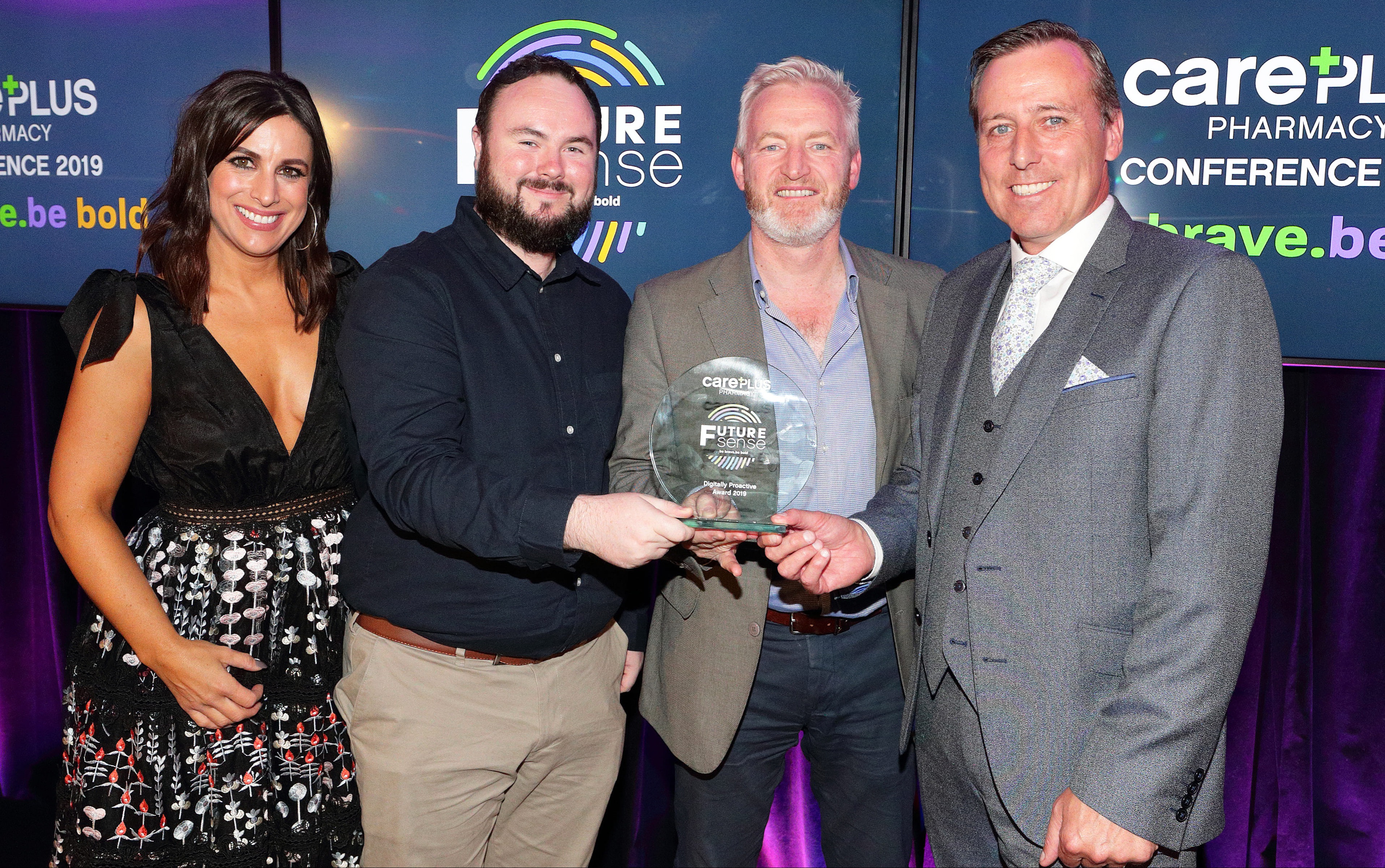 Digitally Proactive Award of the Year (sponsored by Retail Solutions) 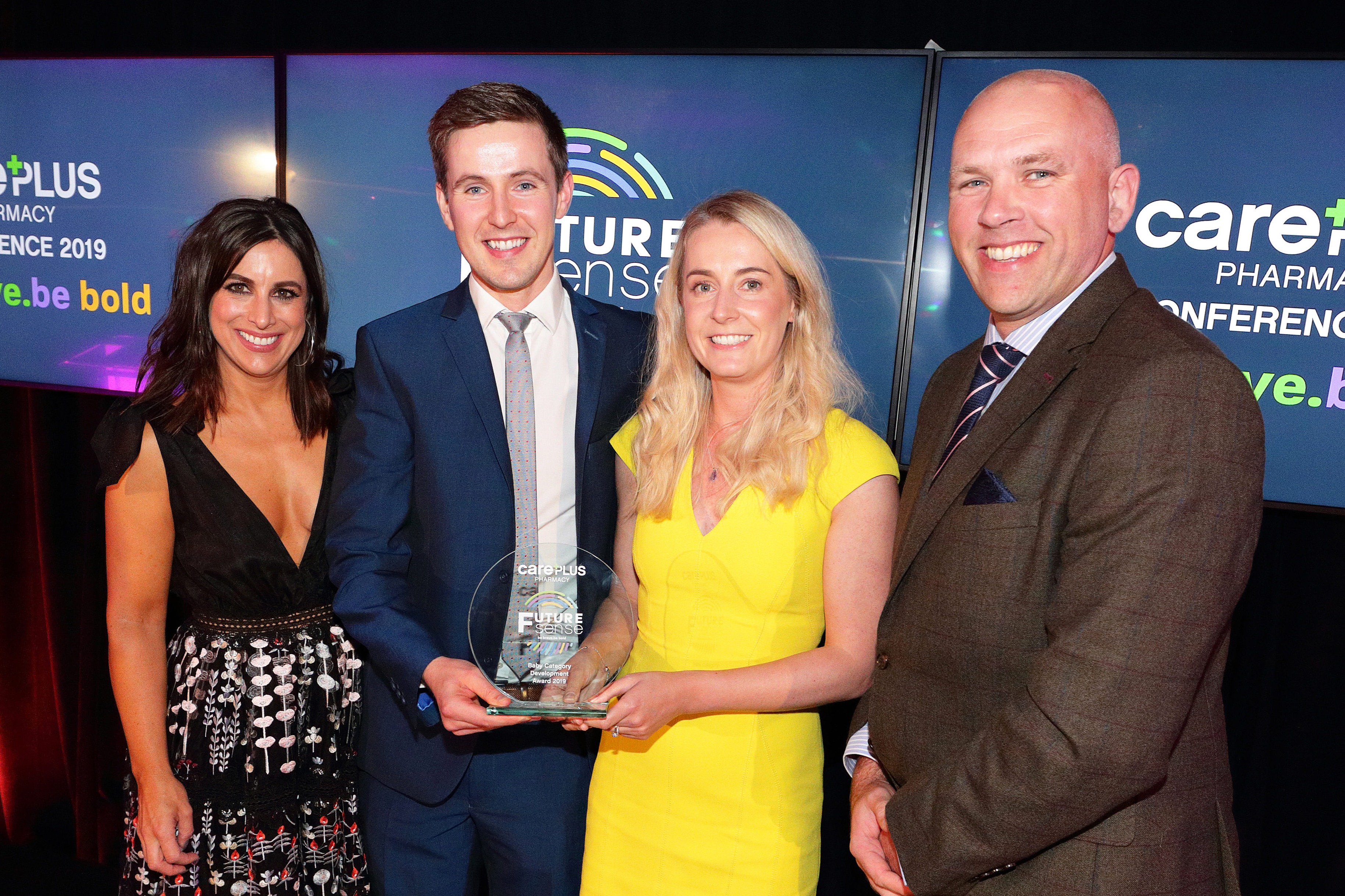 Baby Category Development Award of the Year (sponsored by Teva) 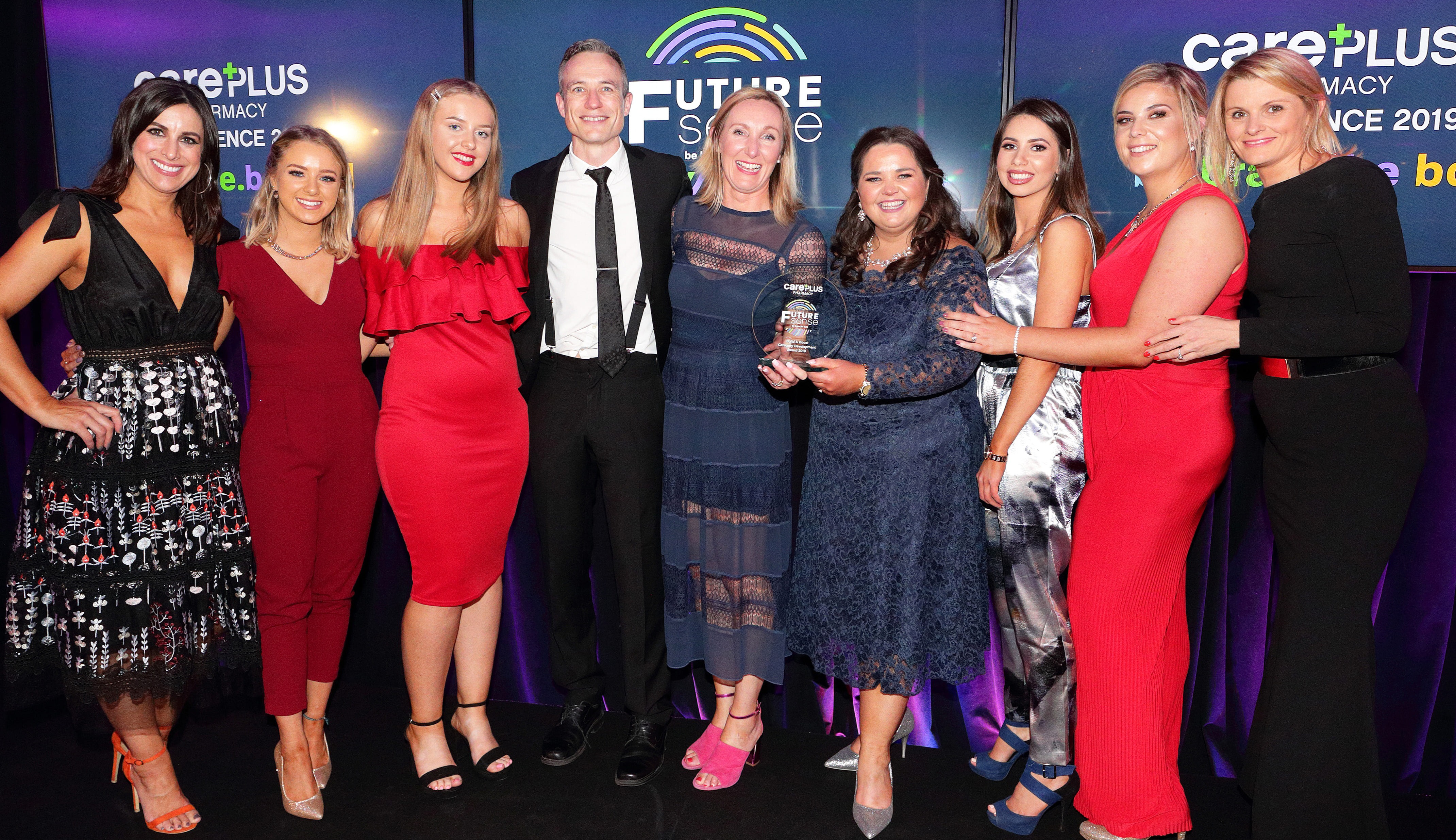 Innovation Award of the Year (sponsored by Rowex) 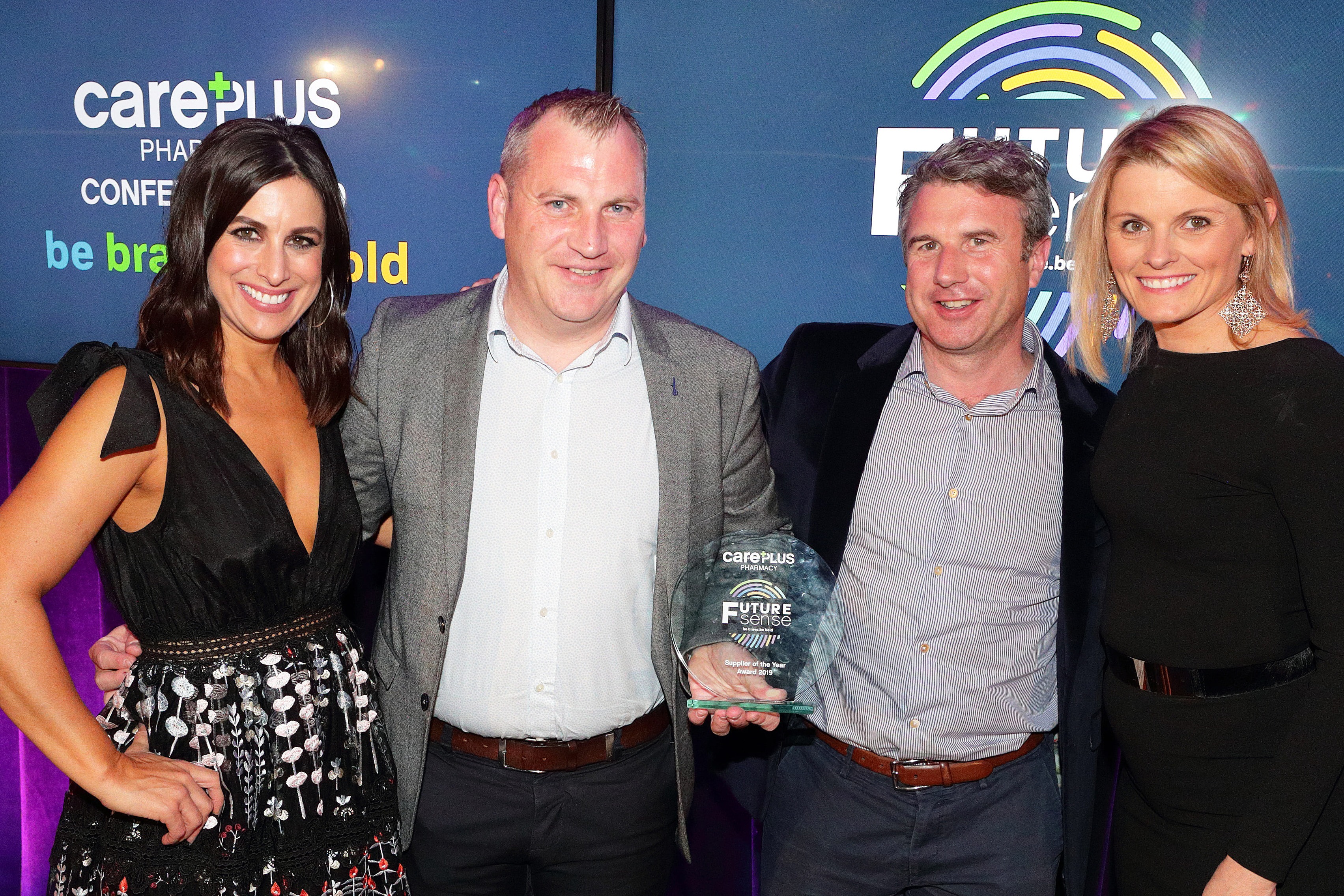 CarePlus Supplier of the Year 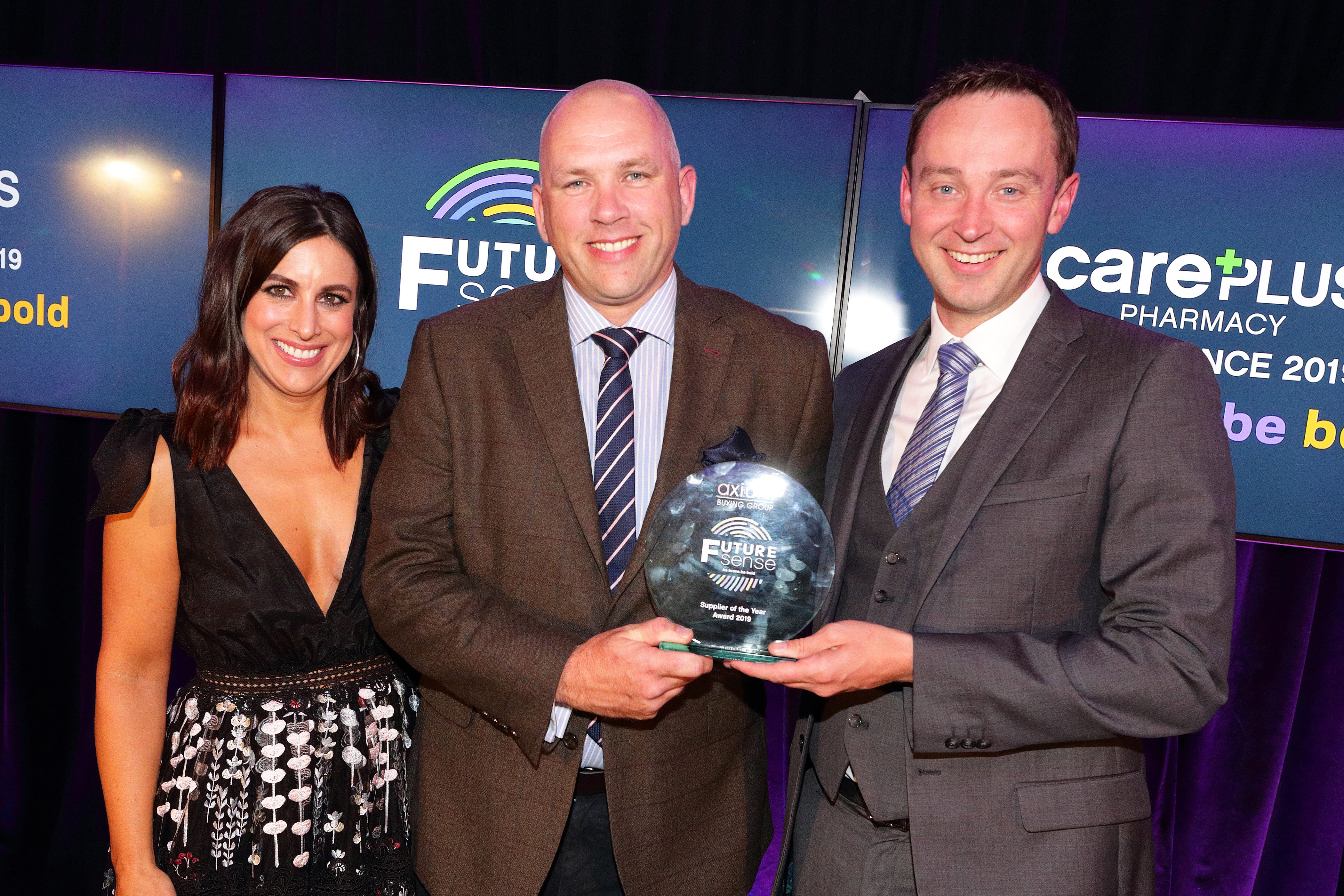 Axium Supplier of the Year

A big congratulations to all the winners on the evening and to all in attendance for supporting their wins.
After the awards ceremony came a special performance from The High Tails, followed by fantastic entertainment from Joe Petit and his band.