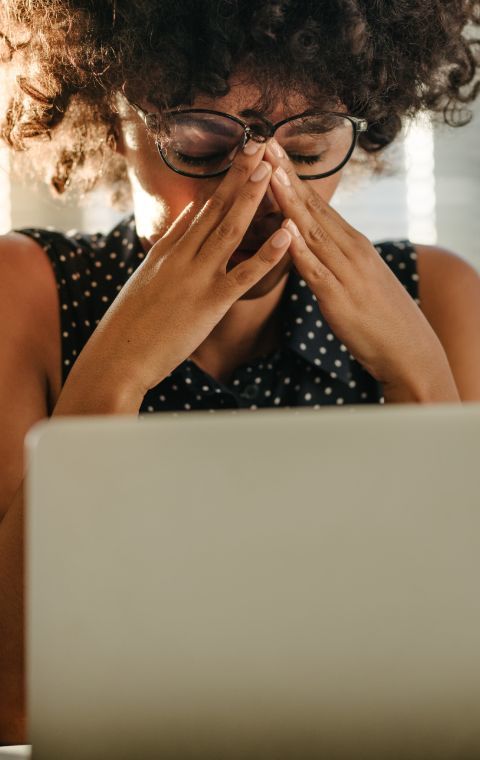 What are headaches vs migraines?

A headache is a pain in any region of the head. It may appear as a sharp pain, a throbbing sensation or a dull ache. It can develop gradually or be a sudden episode. Most headaches resolve themselves, but others do require pain relief.

A migraine is usually a severe headache felt as a throbbing pain at the front or side of the head. Some people also have other symptoms, such as nausea, vomiting and increased sensitivity to light or sound.

There are several types of migraine, including:

Some people have migraines frequently, up to several times a week. Other people only have a migraine occasionally. It is possible for years to pass between migraine attacks.

How do I know if I have a migraine or a headache?

Many symptoms of a headache or a migraine are:

Most headaches are self-resolving and are caused by dehydration, lack of sleep, poor diet, stress, excessive alcohol consumption, having a cold or flu or eyesight difficulties.

How can I get rid of my headache?

The exact cause of migraines is unknown, although they are thought to be the result of temporary changes in the chemicals and blood vessels in the brain. Around half of all people who experience migraines also have a close relative with the condition, suggesting that genes may play a role.

Some people find migraine attacks are associated with certain triggers, which can include starting their period, stress, tiredness and certain foods or drinks.

How migraines are treated

There is no cure for migraines, but there are a number of treatments available to help reduce the symptoms.
These include:

During an attack, many people find that sleeping or lying in a darkened room can also help.

If you suspect a specific trigger is causing your migraines - such as stress or a certain type of food - avoiding this trigger may help reduce your risk of experiencing migraines.

It may also help to maintain a generally healthy lifestyle, including regular exercise, sleep and meals, as well as ensuring you stay well hydrated and limiting your intake of caffeine and alcohol.

If your migraines are severe or you have tried avoiding possible triggers and you are still experiencing symptoms, your GP may prescribe medication to help prevent further attacks. Medications used to prevent migraines include the anti-seizure medication topiramate and a medication called propranolol, usually used to treat high blood pressure.

You should see your GP if you have frequent or severe migraine symptoms that cannot be controlled with over the counter painkillers.

You should also make an appointment to see your GP if you have frequent migraines (on more than five days a month), even if they can be controlled with medication, as you may benefit from preventative treatment.

You should call 999/112 for an ambulance immediately if you or someone you are with experiences:

These symptoms may be a sign of a more serious condition, such as a stroke or meningitis, and should be assessed by a doctor as soon as possible.