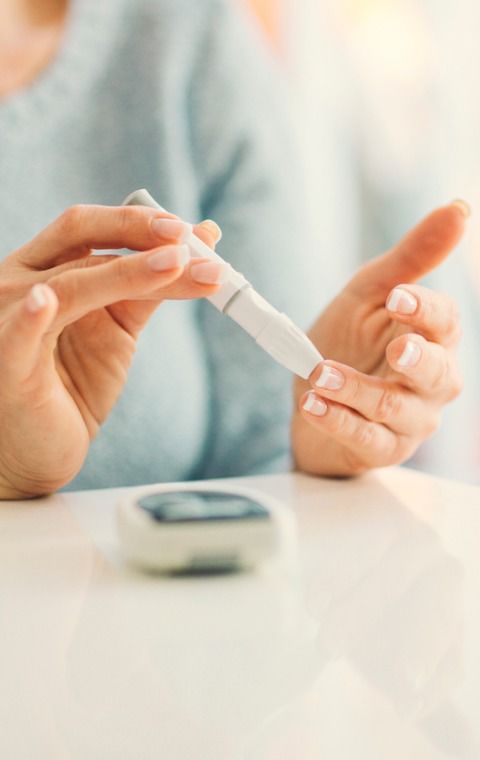 You have probably already heard of diabetes – after all it has been labelled as the disease of the century - but do you actually know what diabetes is?

Read below to learn what different types of diabetes there are, what you can do to reduce your risk of developing diabetes, and what schemes are available in Ireland to help cover the cost of your diabetic medications.

Diabetes is a lifelong condition that occurs when a person's blood sugar levels become too high because your body is not producing enough insulin. It is believed that thousands of cases of diabetes remain undiagnosed in Ireland.

It's very important for diabetes to be diagnosed as early as possible because it will get progressively worse if left untreated. You should visit your CarePlus pharmacist or GP as soon as possible if you have symptoms, such as feeling thirsty, passing urine more often than usual, and feeling tired all the time.

There are several different types of diabetes, with the three most common in Ireland being Type 1, Type 2 and gestational diabetes. For each type of diabetes, there are many different underlying causes.

What is Type 1 diabetes?

Type 1 diabetes is where the body's immune system attacks and destroys the cells that produce insulin. As no insulin is produced, your glucose levels increase, which can seriously damage the body's organs.

Type 1 diabetes is often known as insulin-dependent diabetes. It's also sometimes known as juvenile diabetes or early-onset diabetes because it usually develops before the age of 40, often during the teenage years. If you're diagnosed with type 1 diabetes, you'll need insulin injections for the rest of your life - Type 1 diabetes is less common than type 2 diabetes.

What is Type 2 diabetes?

Type 2 diabetes is diagnosed when the body doesn't produce enough insulin, or the body's cells don't react to insulin - this is known as insulin resistance.

Type 2 diabetes is far more common than type 1 diabetes - If you're diagnosed with type 2 diabetes, you may be able to control your symptoms simply by eating a healthy diet, exercising regularly, and monitoring your blood glucose levels - however, as type 2 diabetes is a progressive condition, you may eventually need medication, usually in the form of tablets.

Type 2 diabetes is often associated with obesity. Obesity-related diabetes is sometimes referred to as maturity-onset diabetes because it's more common in older people. You can use the BMI healthy weight calculator to check whether you're a healthy weight.

What is gestational diabetes (diabetes in pregnancy)?

During pregnancy, some women have such high levels of blood glucose that their body is unable to produce enough insulin to absorb it all. This is known as gestational diabetes and affects up to 18 in 100 women during pregnancy.

Pregnancy can also make existing type 1 diabetes worse. Gestational diabetes can increase the risk of health problems developing in an unborn baby, so it's important to keep your blood glucose levels under control.

In most cases, gestational diabetes develops during the second trimester of pregnancy (weeks 14 to 26) and disappears after the baby is born, however, women who have gestational diabetes are at an increased risk (30%) of developing type 2 diabetes later in life (compared with a 10% risk for the general population).

Visit your CarePlus Pharmacy for a blood glucose test.

What are the symptoms of diabetes?

The main symptoms of diabetes are:


What can I do to reduce my chances of developing Type 2 diabetes?

There are several ways that you can reduce your chances of developing Type 2 diabetes, including:

At CarePlus Pharmacy you can find help with quitting smoking from our CarePlus teams and our pharmacists are always available to help you with your queries.

In Ireland, type 1 and type 2 Diabetes medications, injections, and blood testing strips are free of charge, provided you are registered for the Long-Term Illness Scheme.

Please note, there are limits on the amounts you can receive each month, depending on the type of Diabetes you have and what medications you are prescribed. Unfortunately, gestational diabetes is no longer covered by this scheme.

Please download a copy of the Long-Term Illness Scheme application form or call in to speak with your local CarePlus Pharmacist.